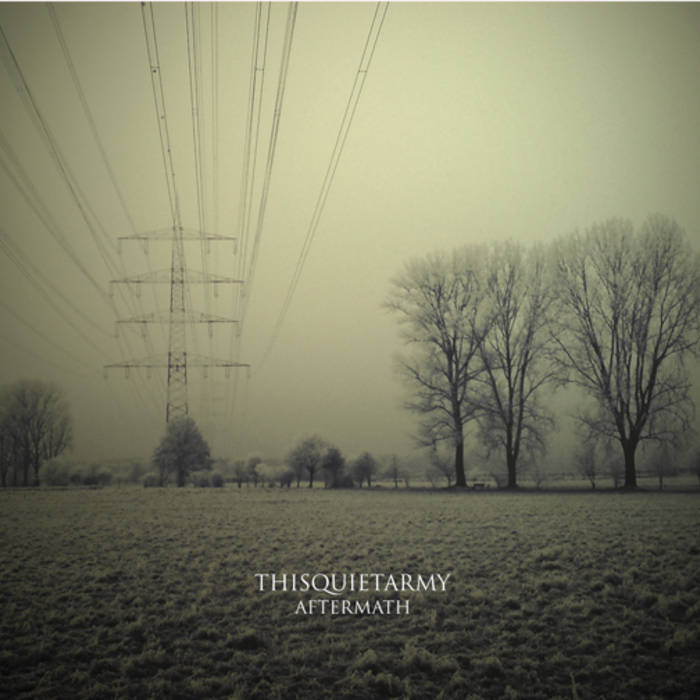 Aftermath is thisquietarmy's fourth album and first for Basses Fréquences. Partially inspired and in respect to aesthetics by the works of German visual artist Anselm Kiefer, the setting of Aftermath takes place in the post-apocalyptic countryside and revolves around fallen angels as unexploded ordnances. In parallel, the compositions were also inspired by the sounds of crackling tubes and failing resistors captured by amplifiers during the recording process. Drones and melodies were built around these hissing sounds to create moods of tension and transitions from the remnants of destruction. These static interferences thus remained as important compositional elements, as if the whole themed-universe stemmed from a faraway buzz, in which the dawn of a new era reveals itself. With Aftermath, thisquietarmy manages to create the perfect light and heavy post-nuclear winter atmosphere, with a glimmer of hope appearing slowly like sun rays through massive dust clouds.